Red Cliff Band banks on good health for the future 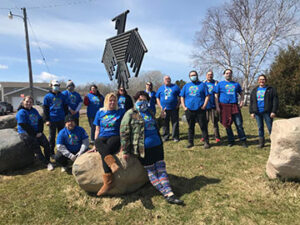 The Red Cliff Band of Lake Superior Chippewa counts 1,300 members within its northern Wisconsin reservation and another 500 throughout the Bayfield area. Red Cliff children comprise more than 80% of Bayfield’s public school students, and the tribe is one of the region’s largest employers. When the COVID-19 pandemic struck in 2020 and stay-at-home orders were issued, the tribe had only a volunteer emergency medical services crew, and Bayfield County’s health department, 12 miles away, had only two public health officials. 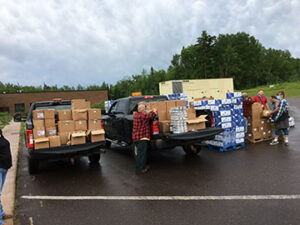 The tribe mobilized a massive effort to care for residents.

The Tribal Council met as often as every other day to make decisions and allocate funds for health and safety, says Nicole Boyd, planning administrator for the tribe. 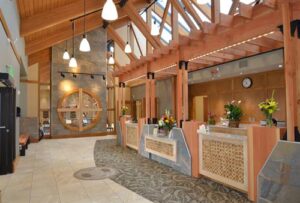 Although 755 positive tests were reported among Red Cliff, only three people have died of COVID-19. “I believe, 100%, that we saved lives,” Boyd says. Now, with help from federal programs, the tribe is building a new emergency medical service facility on the reservation. Tribal members whose jobs require them to work in person, rather than remotely, are getting a $2 an hour pay raise for 2022 and 2023 due to the continuing health hazard. The tribe is adding harvesting equipment for members to share, and improvements are underway at the tribal farm and fish company. “We’re building resilience for the future,” Boyd says.

The COVID-19 pandemic threatened the health and well-being of the tribe and the surrounding Bayfield community, with limited health service resources available.

The tribe set up testing sites, delivered meals and gave iPads to elders on the reservation to help them stay healthy and keep in contact. Now, a new emergency medical center is being built on the reservation to lay the groundwork for continuing expansion of health services into the future.