Giving back to his rural Wisconsin heritage

Giving back to his rural Wisconsin heritage

His childhood in Prairie du Sac nurtured his love of nature and flowers. Jerry would tag along with his mother Eileen when she went to work. She ran Eileen’s Flower Shop, a place some local folks still remember fondly. At the shop, Jerry helped unpack the flowers, snip off the stem tips and sort the blooms. The scent of the freshly cut foliage entranced him.

Their home overlooked the Wisconsin River, and when Jerry wasn’t at the shop, he played along the river’s edge. “It was like a Huckleberry Finn adventure,” he said.

When his mother died, Jerry was 14, and his large, extended family cared for him. Most of his time was spent at a family farm in the Wisconsin River Valley, between Sauk City and Lodi. All manner of farm chores filled the hours,  “I shoveled my share of manure,” he said, with a grin.

And every spring, it was time to pick stones—a ritual required to clear the fields for tilling. Jerry and his cousins, ages eight to 20, would walk across the field, tossing stones into a heavy, wooden sled slung behind a tractor. “Every year, you have a new crop of stones that pushes up. It was a very challenging, laborious job,” he said. “It was also a bonding experience.”

Today, when Jerry visits Wisconsin’s farm communities, it is to bring them a different kind of help.

Jerry is a  REVAMP program specialist, (Rebuilding Economic Vibrancy After a Major Pandemic). It is a program of the Office of Rural Prosperity (ORP), created in 2020, as part of the Wisconsin Economic Development Corporation (WEDC).

Jerry joined the agency in September 2021. “Learning the ropes of the WEDC is like sipping from a fire hose. There’s a tremendous amount going on at any given point,” he said. 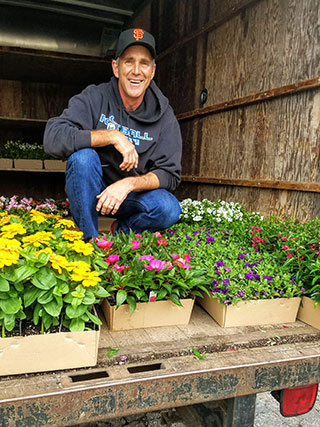 Jerry Exterovich understands what it takes to grow things.

It is Jerry’s first position in government at any level. For 20 years, he owned Gatehouse Gardens, a landscape and garden design company.

Now, he drives all over the state, as a liaison to rural Wisconsin. During his first four months on the job–before winter weather made travel more difficult—Jerry hit towns and villages in 26 of Wisconsin’s 58 rural counties. (Wisconsin has 72 counties; just 14 are considered urban.)

It is Jerry’s job to find out what local officials and business owners need to recover from COVID-19. In most cases, the pandemic exacerbated problems that already existed. And in many cases, Jerry’s arrival registers surprise. “I’ve walked into offices in towns of 300 to 400 people and clerks have said, ‘We’ve never had anyone (from the state) come out here before.’”

In one case, a greenhouse owner in Prentice told Jerry he had just spent the last of his business’s cash on propane to heat his greenhouse. Jerry helped him apply for a $10,000 Main Street Bounceback Grant from WEDC.  “He said, ‘If not for you, I would be closing my doors.’ That’s an example of the lifeline we provide,” he said.

One larger project he is involved with is a child care task force being formed in Adams County called the Central Sands Child Care Alliance. A coalition of concerned residents, teachers, economic development officials and retirees—all volunteers—is working to create a nonprofit organization to help fill the gaps.

“Adams County is so desolate in child care; they need 670 child care slots. They lost about 35% of their child care providers during the pandemic; the area is identified as a child care desert,” Jerry said. He has advised the group on coalition building, creating a mission statement and strategic plan, and applying for grants. “Creating an alliance that is a sustainable model … is some of the more rewarding work that we do.”

The alliance recently was awarded a $75,000 Dream Up! grant from the Wisconsin Department of Children and Families to evaluate, plan, sustain, and expand existing child care and to support new child care programs.

Jerry also is working on a potential pilot project to attract young teachers to rural Wisconsin schools and entice them to stay. When a small community loses its schools, it is a blow to residents and to the vitality of the entire community. With the pandemic accelerating retirements, the situation has become even more pressing. And often, young teachers who take a job in a rural community decide to leave after 12 to 18 months, school administrators have said. The pilot project, currently in its initial stages of discussion, could offer a tiered incentive system to encourage teachers to stay in rural Wisconsin. It is modeled after a federal program to provide incentives to health care workers to take jobs in rural areas, nationwide.

“I never realized just how far behind our rural areas in the state have fallen and how badly in need of assistance they are,” he said. “A major portion of our population lives in rural Wisconsin, where businesses may only have a handful of employees. They need just as much help as the big guys and they just haven’t gotten it.”

One of the biggest needs throughout rural Wisconsin is child care, similar to the experience in Adams County described earlier. “What people fail to grasp is that upwards of 20% of our workforce could come back to their jobs consistently if they had child care available in their region,” he said.

Workforces and communities depend on child care, Jerry said. Employees who live in rural areas cannot travel to a job if there is no one to care for their children, and potential employees won’t move to those areas without the assurance of child care. “It is a linchpin, a cornerstone to our economic development across the state,” he said. “I believe it has become THE issue in rural Wisconsin.” 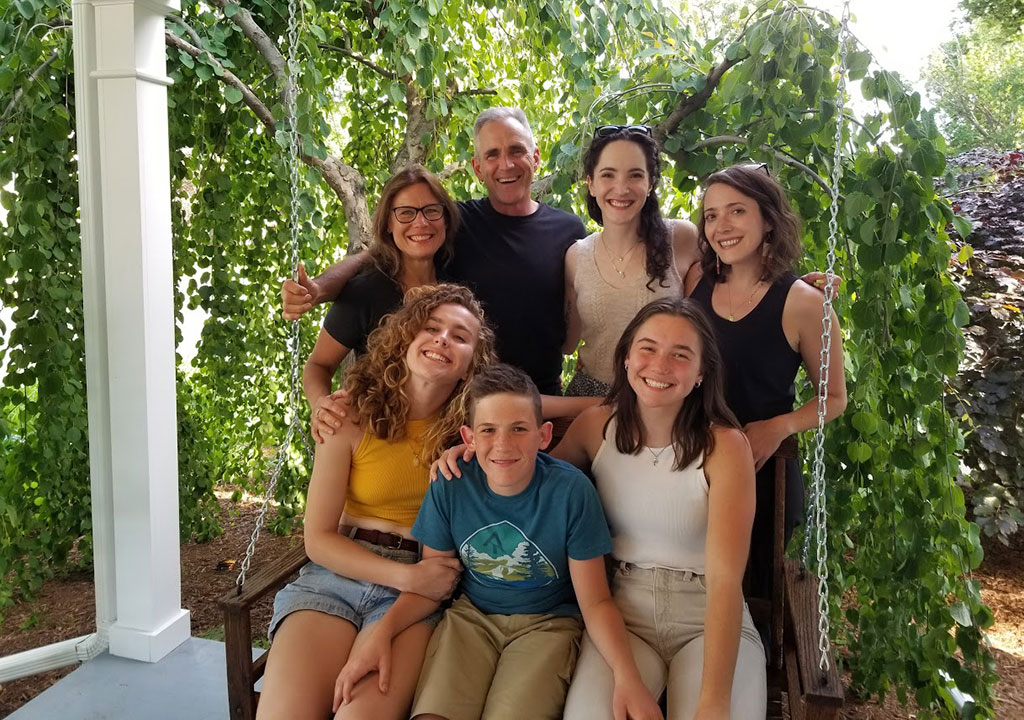 Jerry with his wife, Amy Schoenoff; four daughters and one son.

Getting to know Jerry Exterovich behind the scenes:

Best thing about rural Wisconsin: Its rich history, evident throughout the state. “In Marxville, my great-grandfather, Nicholas Marx, founded the blacksmith shop. The town was named after him.”

Favorite foods: Mostly vegetarian but a self-proclaimed fish fry fanatic. “We live for Friday night fish fries. We travel around the state for them.” Also, cherry Tootsie Pops and homegrown rhubarb—a Canadian hybrid variety from his grandmother’s farm in Roxbury.

Favorite flowers: All of them! But especially, tropical tuberose and heliotrope, because of their wonderful fragrance.

Weirdness: “By most standards, I’m considered quite weird. I’m not your typical rural Wisconsin guy. I don’t hunt, fish or play golf. Growing up with just my mother, and in her flower shop, I bonded closely with my feminine side. I’m heavily into design and color. I’m fastidious in dress and I enjoy decorating. I often do my own flower arrangements for events.”

Joys of his job: Providing communities with the seeds for changes that will help them. “Development, to me, is like gardening. When you design a landscape project, you don’t get to stick around and see how it grows, over time. At the Office of Rural Prosperity, we provide the assistance to people to build capacity and solve their own problems, to create a model that, we hope, will sustain them long after we’re gone.”

“One of the things I love about being on the ORP team is the commitment and enthusiasm of the other team members. There are five of us and one intern, and we all have a passion for rural Wisconsin. The enthusiasm in our office is infectious.”